Death of Professor Peter Jost – the Father of Tribology

IKV TRIBOLOGY LTD were sorry to hear about the death of PROFESSOR Peter Jost, who has died aged 95. He coined the term “tribology” (from the Greek word “tribo” – I rub) to describe the science of friction, wear, and lubrication – giving birth to a new engineering discipline – after which our company was named!

In 1966 he published a report which showed for the first time, that the problems of lubrication in engineering were mainly problems of design. Their solutions, Jost argued, needed a range of skills from scientific disciplines other than mechanical engineering – including chemistry and materials science, solid body mechanics and physics.

By applying tribology to machine design, Jost and his team calculated that British industry could save £500 million a year (1960’s calculation) as a result of fewer breakdowns causing lost production, lower energy consumption, reduced maintenance costs and longer machine life.

As recently as 2015 a press release from five learned societies announcing the creation of a UK Tribology Network to promote best practice observed that while Britain has a strong academic and industrial tribology base – “due to the fragmentation of activity within the UK the impact on reducing the very high cost (circa 1.4 per cent of GDP) of uncontrolled friction, lubrication, surface selection and wear-control within industry has been limited.”

Jost served as a director and chairman of several technology and engineering companies including the solid lubricants company K S Paul, and Engineering & General Equipment. He also served on numerous industry councils, and until his death was president of the International Tribology Council and a life member of the council of the Parliamentary and Scientific Committee.

He is survived by his wife Margaret Kadesh, two daughters and three grandchildren. 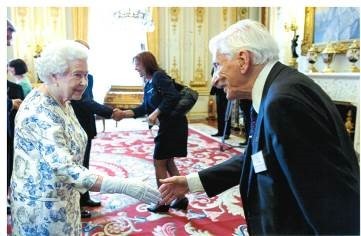